Here is the link for part 1 of this conversation.

David: No worries, you know I respect your opinion/feedback and take no offense over intellectual criticism. I welcome it.

David: I think that societies can be organized mathematically though. I believe things can be organized at least somewhat in some kind of mathematical framework, albeit, with many unknowns that the abstract nature of our world demands. But even uncertainty is a mathematical concept that can be incorporated into a model to give you a probabilistic prediction of an outcome.

David: However, for these uncertainties, I guess our only solution to judge them is our opinions. But with more parameters to feed into a model and more data, you get a more accurate model. It’s definitely debatable as to whether the amount of data and relevant parameters required to create an accurate model that’s better at decision making, might be a practical impossibility due to the difficulties of gathering sociological and political data. But I believe with the data that’s available, there can be better ways to make decisions than the human mind. Some mathematicians have created algorithms that predict things that to us, look completely random. There are imperceivable hidden patterns however, in the chaos of the world we live in, that our brains simply don’t pick up.

David: I may very well be biased, but one thing I have always contemplated for a long time is this: If something isn’t mathematical, then what is it? Would it be random? If so, doesn’t randomness itself have a field of mathematics called probability and uncertainty? What does “non-mathematical” even mean? I honestly don’t understand it as a concept. But here may lie my bias perhaps.

David: Also, evolution is totally an algorithm in the most direct sense. That’s why it can be programmed and simulated. It can be studied mathematically, (using probability and statistics) and is even exhibited in non-biological systems like the capitalistic economy.

David: There are variations of an evolutionary algorithm that suck as a genetic algorithm. But nonetheless, put those sets of rules inside anything and you will observe evolution happen.

Andrew: Awesome man. I’m glad that we can have these conversations without offending each other.

Andrew: Our flawed human perceptions design those model parameters though, so our biases are inherent in the programming. Algorithms designed by other algorithms can account for this problem. But a human designed the original one, and it’s likely that there are unforeseen programming issues that the algorithm that designs another one doesn’t even consider looking at. That’s because the algorithm that designed it was not instructed to address factors that it’s creator, and/or the human designer of that original algorithm, were completely oblivious about.

Andrew: You also can’t predict all aspects of uncertainty. That’s because like I just said,  there are almost inevitably unknown relevant factors that programs would deliberately not consider. This is similar to what you said about it not being practical for algorithms to consider all relevant factors.

Andrew: Probabilities are also no more than that, so all that you can know from predicting them is percentages of the likelihood of different outcomes. So those probabilities are inherently not that certain because there are so many variables that can change, and events with low probabilities occur often.

Andrew: Math has a lot of predictive and explanatory power, and yes, there are a lot of unforeseen patterns that algorithms can notice. But there is a lot that they can’t predict or explain. Also, since algorithms are designed by humans, even though we’re good at pattern recognition, one of our main flaws that are almost inevitably programmed into them is our terrible ability to attribute causes. This is probably present, at least to a minor extent, even in algorithms designed by other algorithms. Who is to say to what degree programs are better than humans at attributing causes?

Andrew: You clearly understand this all better than me, but I think there’s a difference between the mathematical and colloquial definitions of randomness, probability, and uncertainty. Maybe when the world or the universe behaves this way, it can be considered mathematical. But there is randomness that isn’t mathematical, and the same applies to probability and uncertainty, in my opinion. The universe isn’t mathematical in every way because in addition to other reasons, there almost certainly will always be unknown unknowns. No algorithms can account for those as far as I know.

Andrew: Looking at anything mathematically doesn’t necessarily make it so either. Applying mathematical definitions to concepts like uncertainty doesn’t mean that the universe caters itself to our view of reality. We don’t know anywhere near enough to justify such assumptions in my opinion. Andrew: Evolution isn’t an algorithm in the direct sense unless you think it was designed by a conscious entity, and I think that’s so unlikely that it’s almost impossible. Can’t anything be studied mathematically, like you said? That doesn’t make what you’re studying mathematical. If you mathematically study a doughnut, that doesn’t mean that it’s inherently mathematical. (I just looked this up. It’s apparently the correct way of spelling donut. It only took me 27 years to learn this haha.) You could study it sociologically or any other way too, but that wouldn’t make it inherently sociological either. 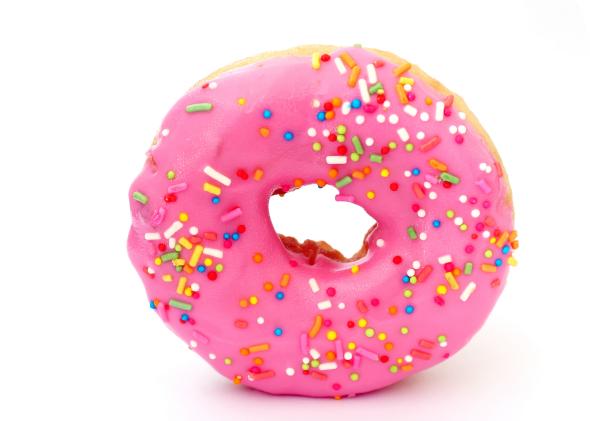 Andrew: So in terms of what you said about algorithms, to me, that means that you could say that evolution “behaves” like an algorithm. But that definitely doesn’t mean that it actually directly is one. It just behaves like one. No more or less, and claiming that it is one seems like an unfounded assumption based on the fact that it’s a useful metaphor. Like I mentioned earlier, who designed this algorithm, if it is one?